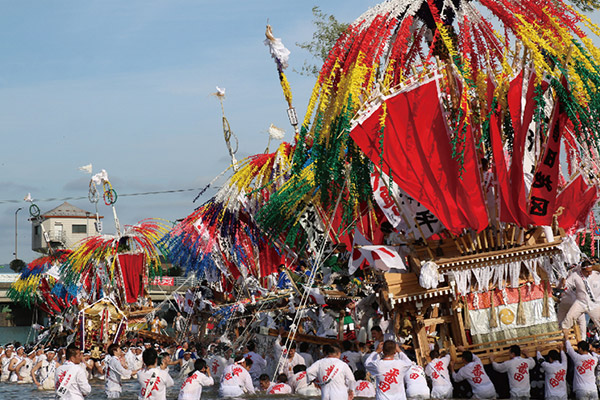 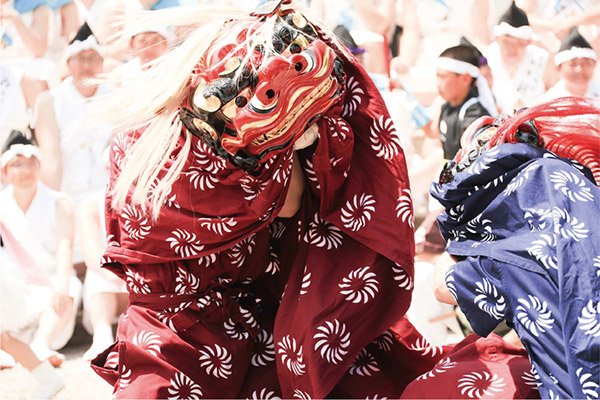 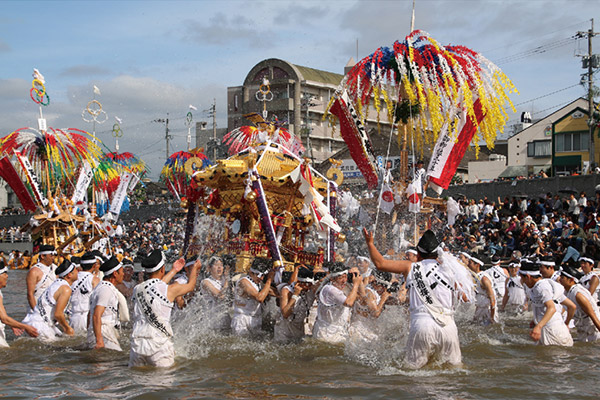 Fuuji Hachimangu Shrine’s Kawawatari Jinkosai Festival is one of Fukuoka Prefecture’s five great festivals.
It has been held for more than 450 years.
The two mikoshi (portable shrine) take a trip for two days and one night to a temporary lodging on the other side of the Hikosan River. The two shrines and eleven colorful Yamakasa decorations (floats that symbolize the festival) in the river are dynamic. It is said that the portable shrines do not move without shishimai (lion dances), and lion dances are dedicated in various places to the deity of the shrine. It's held third Sat. and Sun. of May every year. 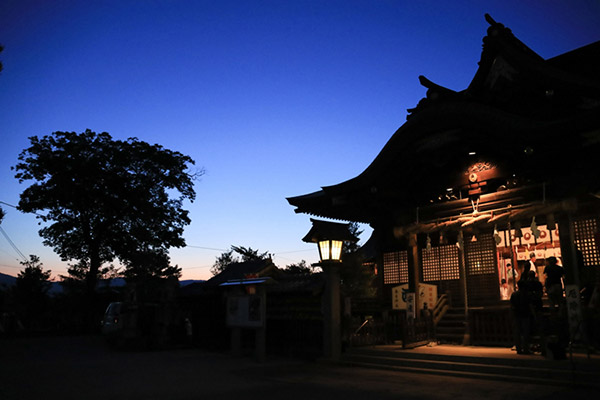 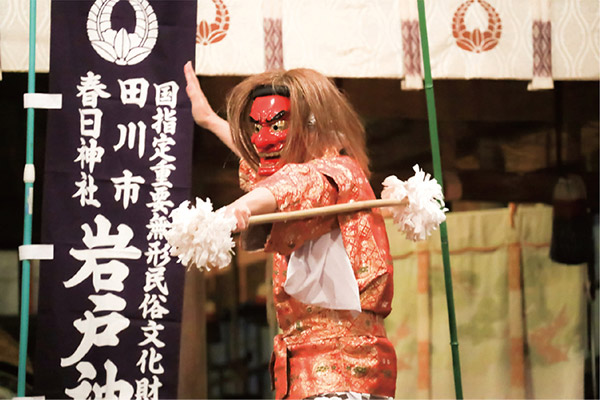 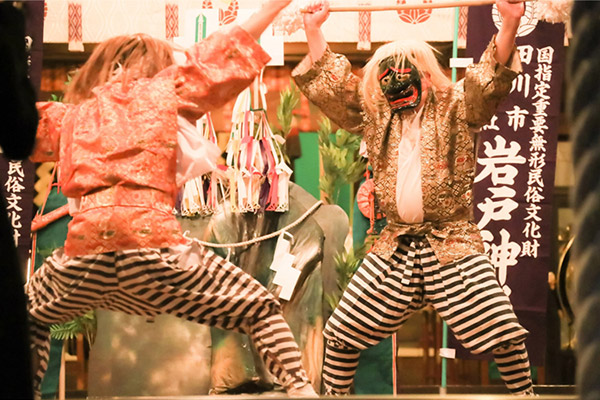 Kagura is a traditional performance of sacred music and dance conducted by people who believe in the descent of the deity to a seat they prepare in order to enjoy meals with them.
Iwato Kagura is one of the Kaguras handed down from generation to generation in the Buzen area, and the Buzen Kaguras, including Kasuga Shrine’ s Iwato Kagura, are Japan’ s most important intangible folk-culture asset.
Iwato Kagura is dedicated to the deity during the Jinkosai Festival in May, July, and October. 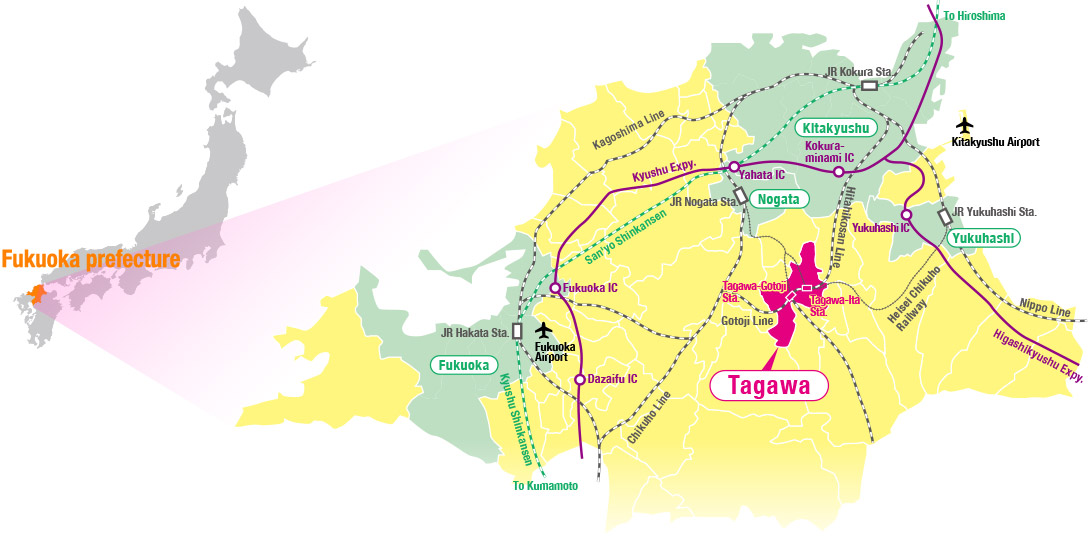 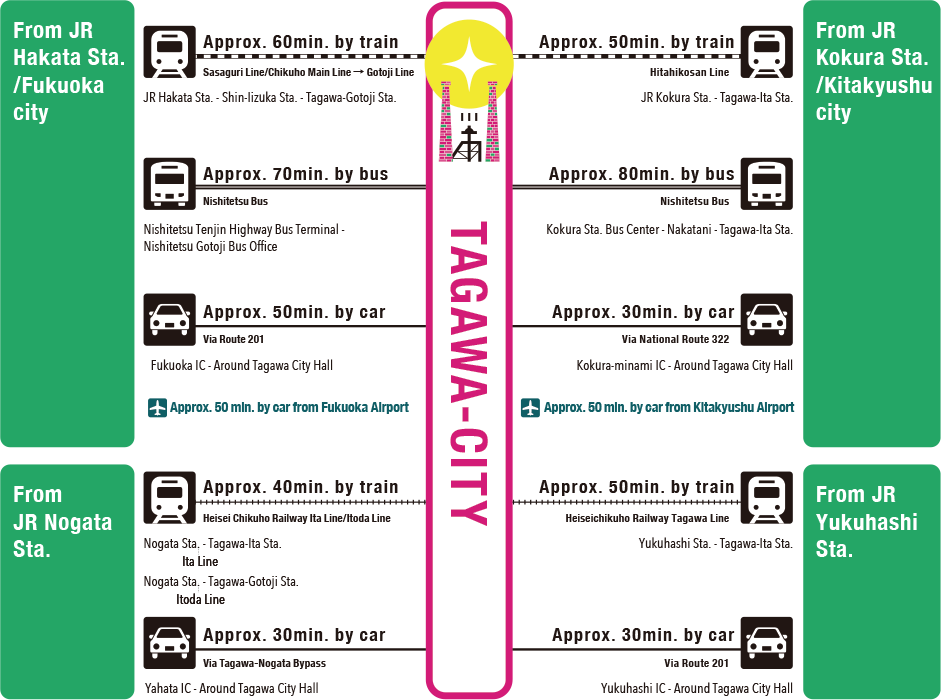